The Portuguese duo consisting of drummer João Pais Filipe and Sax player Julius Gabriel  released their self titled Rocket Recordings in 2019 and now they are back with new music.

We get an excerpt from the track ‘Unconscious Death Wishes’ wich is taken from the upcomiong album with the same title. The albulm will be released on Rocket Recordings. The track is less jazzy and more tribal space rock, it is really trippy and I am pleasantly surprised, this is even more my thing. Tune in now.

Now and then Rocket Recordings hits the perfect spot for me and they did exactly that with this Swedish band that I never heard of before. GÅS will release their 7″ on October 30 on Rocket Recordings. The track that is up for a listen is called ‘Epitaph’ and is gorgeous heavy psych with a vintage feel. A truly remarkable track with gorgeous vocals. Check it out now.

Shit is getting confusing, there well come a time when I will try to make a post about Shit and Shine where I will try to order their records a bit from weird techno to strange electronics to brutal sludgenoise. Lately Craig Clouse (wich is, I think, the mastermember) has been releasing al his older albums on bandcamp and it brought me a lot of joy. So while I have been checking out all these releases  Craig has been releasing new music as well. ‘Goat Yelling Like A Man’ is the upcoming album that will be released on Riot Season Records and wich is mental sludgenoise. And right about the same time we get new music wich will be released on Rocket Recordings. This new track is called ‘Hillbilly Moonshine’ and comes from the upcoming album ‘Malibu Liquor Store’ wich will be released October 9. Tune in for some trippy electronic vibes and then listen to some bone crushing noise.

Psychedelic noise band Kooba Tercu, based in Athens and partly in London, have shared their album Proto Tekno on Rocket Recordings.

This is quite an impressive album, I believe Kooba Tercy is peaking with their new output. This album is really versatile and full of fun listens. The opener ‘Benzoberry’ is straight in your face noiserock and pumps you up for the rest of the album. ‘Cemento Mori’ switches to eerie experimental fuzz and noise, ‘Filter Feeder’ is something between tribal beats, experimental electronics and fuzz. ‘Qasan’ was the extremely hypnotic track that was shared before the release. Now we are halfway and the goodies keep on coming, this is sounding experimental but with so much variation it is really fun. It is only getting more xperimental on ‘Kamehameha’, oriental psych vibes on ‘Fair Game’, Industrial vibes on ‘Boiler’ and the album ends with  ‘Puppy Pile’ wich is again something completely different. Psych, noise, industrial and tribal rythms, Kooba Tercu throws it all together and makes something gorgeous out of it. You need this in your life.

Psychedelic noise band Kooba Tercu, based in Athens and partly in London, have shared the first track from their upcoming album Proto Tekno, to be released late May at Rocket Recordings. Now we get the second heavy hitter “Fair Game”

It seems Kooba Tercu have really stepped up their game, the first track ‘Qasan’  with the threatening, repetitive riff  that has the the impression of a tribal war party around a gloomy bonfire was a really great track. And now we get the second track “Fair Game” wich keeps that ominous sound but goes more industrial with very fitting vocals.

A band like this need a long title and the UK riffmonsters Pig Pigs Pigs Pigs Pigs Pigs Pigs sure deserves a long title. They are back with a new album on Rocket Recordings, their previous album “King of Coward” is not completely digested and here they are already with a new one. This one is called “Viscerals” and may be more brutal and filled with even better riffs then the one before.

I remember I had the same feeling when the first album of Red Fang came out, it unleashed something in me, some energy I did not know was there. Pig Pigs Pigs Pigs Pigs Pigs Pigs are masters in intensity, songbuilding and heaviness, this music is perfect for psych, stoner and doom fans. It is also very good for fans of angry yelling. I let my girlfriend listen (who hates loud music) and she actually said “I’ve heard worse stuff, the name is ridiculous and there is too much guitar, drums, bass and yelling.” So wow, this is really good, normally she tries to destroy the speakers or me.  Check this album out now, soo the incredible video for the track “Rubbernecker” again and listen again and then buy the album. Tune in and listen to “Viscerals” now. Out on Rocket Recordings.

Psychedelic noise band Kooba Tercu, based in Athens and partly in London, shares the first track from their upcoming album Proto Tekno, to be released late May at Rocket Recordings. The track is called Qasan, the mood is tribal and ominous.

The tracks starts off with a threatening, repetitive riff accompanied by menacing floor toms. Then, tribal-like moans join in. A fast paced blues-beat interspersed with high toms, bells and weird chanting strengthen the impression of a tribal war party around a gloomy bonfire. There’s a pause, and then the mad dance really hits off.

The accompanying video is shot in the woods around what is probably Athens. Again, the mood is sinister, like there’s something evil in the dark, preying on the city. In interviews, the band often expressed that the dichotomy between civilisation and rapid progress on the one hand and counteractive forces on the other hand is a recurrent theme.

What better time for a theme like that? We usually go about feeling safe and secure, supported by the pillars of society. But now, while the coronavirus is raging, we know there’s always something lurking in the shadows.

The Swedish band Och released their album “II” and it is quite something. The album is very exotic and trippy, kraut rythms forcing you mind to go boketo. This is their first release on Rocket Recordings. The trio truly created something otherwordly with this is record so make yourself at ease and listen to OCH. 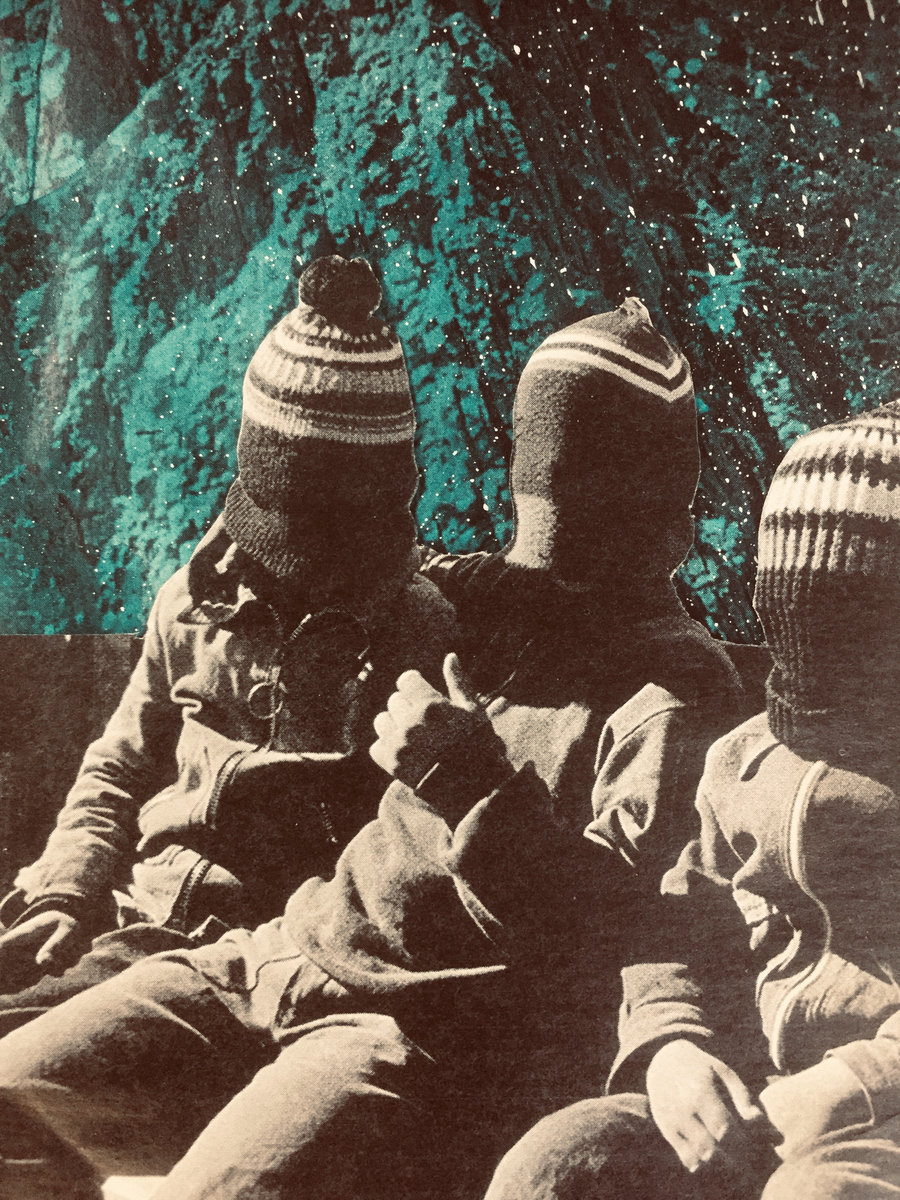 Julie’s Haircut is an Italian band that has been around for quite some time. They have been giving us fuzz and psych since the beginning. Now it is time for their new album that is called ‘In The Silence Electric’.

I’ve been following the band for a while now and have listened to most of their music. Their new album got me hooked, the fuzz, psych and trance on this album is more intens, the tracks have more dept and its very, and I mean very, hypnotic.

‘Until The Lights go out’ is by far my favorite track and this is the band at their best. A bass line so good the water runs out of my mouth, vocals yearn and morn over the fuzz. A track of epic hypnotic proportions.

‘In the Silence Electric’ is in part an experimental album and in part an psychedelic and highly hypnotic rock album and together this is a complete succes.

There is such a big amount of good music that keeps coming out and there are so many new bands to share I can hardly follow. So here are the new released of today.

The Liverpool band Bonnacons of Doom are back with a new EP. They released their debut album in May last year and now they return with an EP of reworked tracks from that debut. Their new EP is called ‘Esus’ and contains the same called new track. The new track has again that epic heavy sound filled with soaring guitars and great vocals. The other tracks are reworkes edits by JD Twitch, Liars and Capac.

This EP is released September 13 on Rocket Recordings.

After her gorgeous release of ‘Hiss Spun’ in 2017 the queen of doom returns with a new album. This time Chelsea Wolfe delivers an album that is acoustic and dierce, filled with gothic and eerie vibes. ‘Birth of Violence’ is a magnificent piece of work, masterfully written and executed and already feels like a classic.  Tune in now.

The band is made of Kavus Torabi (Gong/Cardiacs/Knifeworld/Guapo) and Michael J. York (Coil/Teleplasmiste/Guapo) and Snooker legend Steve Davis . The Utopia Strong is quite a band with their electronic cosmic sound. Their self titled album is full of exotic magic that brings out joy and positivism.

After the very intense and hypnotic track ‘Until The Lights Go Out’ we get the second track and video called ‘Sorcerer’. The track is a lot more repetitive then the first track, It is also a lot more dreamy and hazy. I am very much looking forward to their album, something tells me this new album will be their  strongest yet.

They will release their new album ‘In the Silence Electric’ through Rocket Recordings on October 4.

‘Until The Lights Go Out’ is the new track by the psychedelic rock band Julie’s Haircut. They will release their new album ‘In the Silence Electric’ through Rocket Recordings on October 4.

Their first released track is hypnotic and addictive, if this will be the trend on their upcoming album we are going to get a great album. Tune in now.

July 18, 20191 Comment
Petbrick is Wayne Adams (Big Lad/Death Pedals/Johnny Broke) and Iggor Cavalera (Sepultura/Soulwax/Mixhell). Their first track ‘Horse’ is shared and comes from the upcoming album ‘I’ wich will be released October 14 on Rocket Recordings.
This track is quite something, experimental and heavy. Hear how the two worlds of Iggor and Wayne collide, experimentel electronics and agressiveness.

The  Swedish band by one of the members of Hills and Weary Nous released their new record ‘För Meditation’ on Rocket Recordings and Danish Psych label Svensk Psych Aften.

This is music that soothes the soul, Centrum makes music that reverbs on a personal level and is psychedelia of the highest order.

drop everything that you are doing and take your time to listen to this work of beauty. 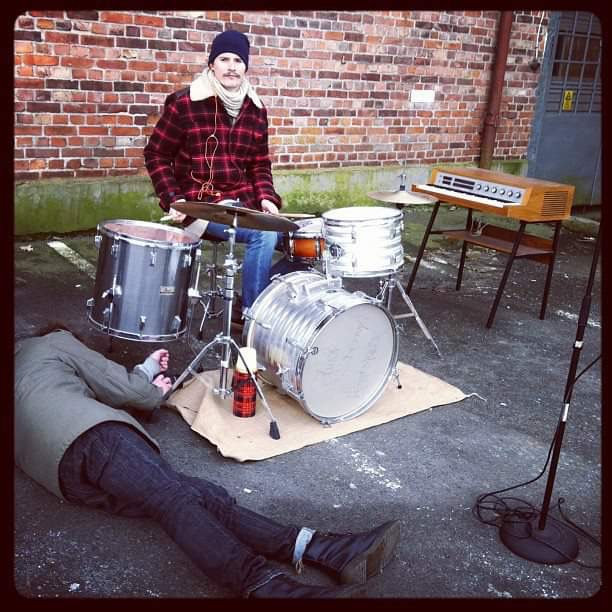 The latest album by the Italian band Mamuthones was called ‘Fear on the Corner’ and was pretty fun listen. the band deals in disco/psych/kraut or something like that or something completely different, i don’t know, all i know its pretty damn cool.

So now we have an new track and video from their upcoming 4-track EP that will be released April five on the great Rocket Recordings.

Tune in for some funky tunes.

Now rocket Recordings re-released it as vinyl. A gorgeous piece of music.

The album is called ‘För Meditation’ and will be out April 19.

The first track ‘Stjärnor’ by Centrum is a meditative track filled with psychedelic guitar work.

There is a lot of talk around the new album by the London musicians Teeth of the Sea. Their new album “Wraith” is out on Rocket Recordings.

Honestly , i don’t really think people care what i will write here, so i won’t. The only thing that needs to be said is that ‘Wraith’ is intense, complete, eerie and gorgeously crafted.

I recommend this to every music fan. I give this album all the stars.

The recording was originally released on casette  on the Portuguese label Lovers & Lollypops.

Now rocket Recordings will re-release it as vinyl. Check out the first released track “Satellite”.

It is of the greatest importance that you find the biggest speakers you can find, anywhere is fine, at home, at a shop or in a bar. you just need to find the biggest ones and turn the volume all the way up.

Out on Rocket recordings november 9!