Human Impact is made from members of members of Cop Shoot Cop, Unsane and Swans. Pretty frikkin incredible line up with pretty awesome music too. Their first track “November” was released a while ago and now we get the second track called”E605″ fromt the upcoming self titled album wich will be released on Ipecac Recordings on March 13. Again a strong track in wich the band showcases their very own sound. Tune in and find out.

This one is one where I am really looking forward too. The bandBruxa Maria  has already released some awesome stuff on Hominid sounds and God Unknown Records and now returns with a full album on Hominid Sounds. This beast of a new album will be called “The Maddening”. The first track is out and is called “The Void” and you can hear that immensly heavy wall of sound that Bruxa Maria always produces. I believe this one will easily be one of the better heavy albums of the year. Pre-order details coming soon. If you are in the region of London you should go to the Bruxa Maria (Album Launch) + Black Shape.

Tune in now for their new track “The Void”.

If I type Baklavaa in google I get this => 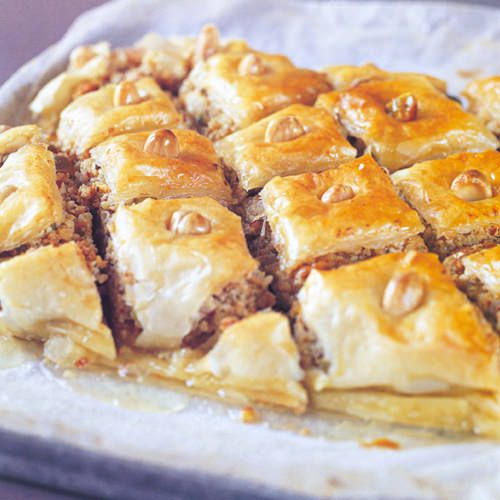 Is this the meaning of the band? Does this band has something to do with Turkish sweet dessert Baklava that has layers of phyllo sheets filled with nuts and full of extremely sweet syrup? Or nothing at all? I haven’t got a clue. What I do know is that it is a band from Baltimore wich makes the most sweet mix of noiserock and grunge and experimental music. They will release their new album “Sleep Running” February 28 with 20/20 records (vinyl) and Crass Lips records (tape).

Now we get the second track and video from the band. Tune in and watch “A Thousand Dinners”.

Yes you heard it right, The mighty fast and loud Brian Chippendale and garagelord Ty Segall have decided to make a band and name it Wasted Shirt, and what is even more great news is we get the first track. The Track “Double the Dream” is full on in your face noiserock that exploding with energy. This may be very well one of the greatest new bands of 2019. “Double the Dream” is taken from their upcoming record “Fungus II” wich will be released February 28th via Famous Class. 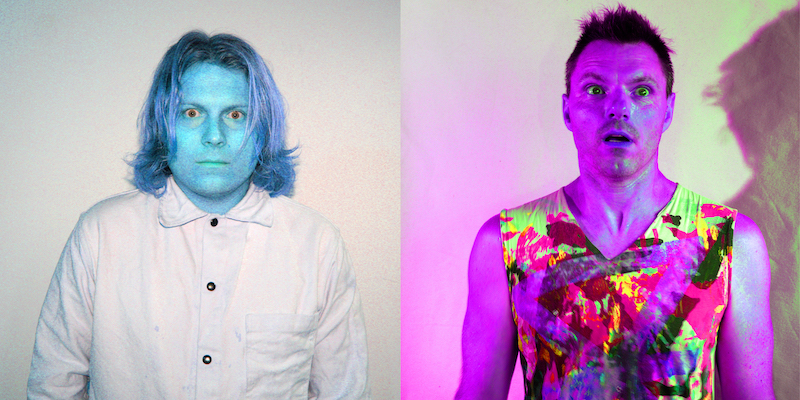 When I first pressed play Chronoboros give me a bit the feeling I was in the middle of a marching band with 50 members playing a noise rock track. The sound is not only agressive and yummie chaotic, it sneaks up on you and hits you in the back. Drums that are possessed, The singer clearly has emotional isues, The guitar needs to be fixed and the bass plays cool tunes, so if you throw all this together you get one hell of a cool noise rock record. Oh, and there is enough variation in the tracks to keep it interesting.

Tune in for “The Mass Saw Acres Of Chain”.

Memphis noiserockers Big Grump released their third EP called ‘The Tick’. This noisy thing has been released October 15.Five tracks of noisy rock with noisy vocals, noisy bass, loud and noisy drums and hell of a good groove on it. Tune in for some freakish rock by Big Grump.

someone said Space Streakings is Hyper-Disco Grindcore (sporting an industrial-sized dollop of alien hip hop, and a healthy dose of “WTF?”). I can’t really argue with that. The band was made from members Captain Insect, Karate Condor, Kame Bazooka, Screaming Stomach and Kashikari Rental Rocket. I Think.

Here is a relativly normal band in difference with space streakings. Nishinihon was made from Kawabata (Acid Mothers Temple etc.) and is gorgeous heavy psych filled with trippy guitar work and excellent psychedelic vibes. Other members where Tsuyama Atsushi, Ichiraku Yoshimitsu and Okano Futoshi.

Made of Nanjo Asahito , Emi Nobuko, Kawabata Makoto , Miura Maki, Hibari Nagao and Asai. This band was also known as “The Seventh Seal”.

Sarry makes Japanese vocal noise drone. well, whatever that is. have a listen.

Maybe you guessed it, maybe not because what the hell is all this, but Sax Ruins is a newer version of Ruins. Instead of the bass player on Ruins we get the alto sax player Ono Ryoko. Their only release is on Ipecac Recordings.

A Japan-US collaboration with members KK Null, Jim O’Rourke, Darin Grey and Thymme Jones. Their self titles was released 94 on Skin Graft Rcords.