Blóm made one of my favourite releases of 2020, their “Flower Violence” was refreshing, wild and extremely heavy. So very happy to see something new from them, and this time it is for International Women’s Day 2021, Supersonic Fest commissioned six artists to pay homage to their own personal Pop Icons. In celebration of some iconic womxn music makers and shakers, expect wild interpretations and creative covers of pop royalty. Watvch the complete series at the Super Sonic Fest website.

Shy-Talk is a new band, a band made of members of Blóm, Cave Suns, Hermitage, Onlooker, Waskerley Way and Young Liar.

Shy Talk makes refreshing heaviness, a good dose of punk, sludge and riffs and it is filled with raw energy. I am not really a writer so mostly I just write down some dumb shit here about how the music sounds like a crashing airplaine full of wobats or something. I am not going to do this today, today I am just going to say I really like this music, and that I am grateful and happy that it is not only one track but two.

Their double A-Side single ‘Chauvinism / Didn’t The Do Well’ is out now. ‘Chauvinism’ is fast paced fun and ‘Didn’ the Do Well’ is slower heaviness, the kind that hits you right between the eyes.

Their sound is strong, their vibe is awesome, their looks are cool, be like Shy-Talk.

Out on the great Box-records!

I have listened to ‘Flower Violence’ too much now, my blood has changed in to some kind of pink slime blocking everything so that my brainfluid is turning to muck.

I procrastinated this review because I wanted it to be perfect but now the album is here and I have to write it. It has been since the release of Daughters latest album and the new one from Girl band that I felt so much energy in a record. This music is my spirit fuel, on this I can just keep going and going, does not matter if I go nowhere. I knew it would come today and I was excited and could not sleep last night so I drank half a bottle of rum with some sleeping pills and it worked, I fell asleep!!!! And I dreamt, I dreamt about this sonic wizard, looking a bit like that wizard from Lord of the Rings, and he was yelling at me while swinging his magic stick (I know, dreams can be weird) and declaring: “You Shalt Nouth Pass Unthill you Boughte the new LP from thy best band BLÓM”. In the morning I woke up with earwax all over my pillow and sheets, clearly had an eargasm again.

Do you want to me to give this stars and points? I give it five fucking stars and a 10. Thats it, this is Sublime Noisepunk. Out on Box Records.

It is amazing! Its is idontknowanymorewhatday day of the quarantaine and I am still alive. Good People, this bag of organs and badly stiched together skin and bones woke up this morning feeling just fine, yes, fine. And I put on my morning tea (with a bit of lemon) happily checkin the news how many dead where in my city now. And then, Pop!, a pop up! “Single Drops Tommorow” it reads, this is coming from the facebook by the Newcastle upon Tyne noisepunk band Blóm. They will release their new album “Flower Violence” on the amazing Box Records soon. The first single “Be Kind” is already released and is quite incredible people. Now we get the second wich is called “Meat”. For me it is quite clear, Blóm truly rules, they absolutely own their original heavy sound, they are fast and ferocious. Their new track “Meat” is again in your face, beautifull riffs, angriness and fun dripping from my headphones,  This is the kind of band I really love and that i recommend to everyone (then everyone looks really strange at me and walks away because they like justin bieber probably). Out May 1 On Box Records. Be Amazing Listen to Amazing. 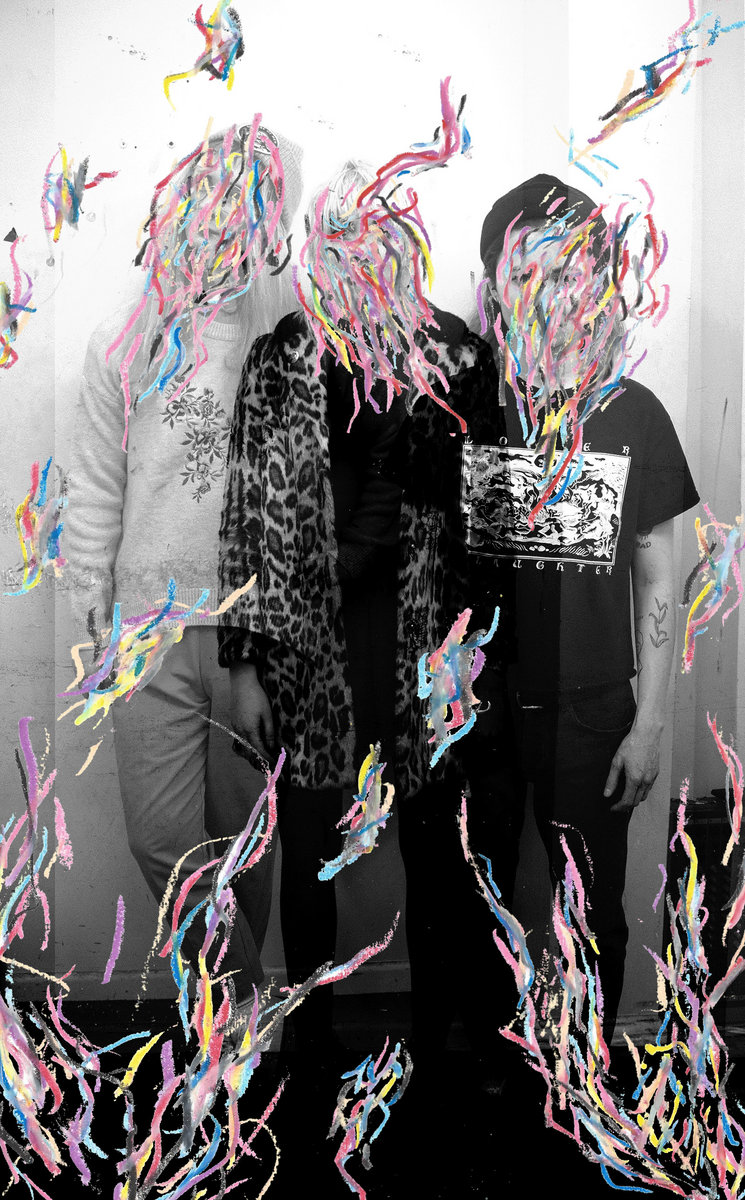 BLÓM is amazing, they have released some pretty cool stuff in the past, their music is extremely frenzy, fast paced and wild, it feels refreshing and is like a slap in the face by a hippopotamus. They have already a split out with the amazing Thank on Hominid and a in 2018 they released their 2 track debut. NOW, and I am really excited for this, the band will release their full album on Box Records on May 1. The Album will be called “Flower Violence” and they have shared a first track from it. It is called “Be Kind” and it is everything I hoped it would sound like, In between the high paced noise rock there are a lot of heavy psychedelic vibes too, The vocals are really cool and make the track even more jumpy.  I am going to copy some stuff from on their bandcamp page too because they can say it better: read it and listen to their amazing first track. Fuck yeah, It is BLÓM.

“The debut album ‘Flower Violence’ is a succinct introduction to Blóm. It was recorded, mixed and mastered by Sam Grant at Blank Studios – Summer 2019.
Lyrically the album explores themes of queerness, feminism, gender identity, mental health, socio economic challenges, christianity, Twin Peaks and the Fyodor Dostoyevsky novel ‘Crime and Punishment’. The latter theme is covered in – Übermensch, listed as two tracks on the album, which for the most part, was structured in the studio.
Open to improvisation, with fluidity, is how live performances are approached, often playing a continuous set with pieces merging into each other without any interruption. ‘Songs’ will develop once they have been played live to an audience, and are always open to change. This is how Übermensch in particular was approached during the recording. The improvised nature of the track adds to the feeling of unrest and uncertainty.”

A split casette between Blóm and Thank on Hominid Sounds. Blóm is a very heavy punk/noiserock from the UK trio ( with member of Tough Tits). Thank is an even dirtier UK noiserock band. Listen to these destructive tunes now. Check out more noise on Fuzzy sun’s spotify.

Very heavy punk/noiserock from the UK trio Blóm ( with member of Tough Tits). Their two track debut is straightforward brain crushing noisepunk released through the awesome Hominid Sounds.  This heavy sister of Tough Tits is something you need to blast in your earholes, and you need to do it now!